Researchers at UC Berkeley just made a huge improvement in Thermophotovoltaic Efficiency which could lead to an increase in drone battery life. Using these new techniques, super light engines with the ability to generate enough energy to power drones for days could be right around the corner. There’s still a lot of work to be done, but the results are very exciting and promising.

If you’re a fan of drones then this is big news for you. There’s a lot of science behind it, but the important facts are that it could lead to a significant improvement in drone flight times.

The breakthrough comes in the science of thermovoltaics, the process of turning heat into electrical energy. This process has until recently been capped at a modest 23 percent efficient, but the breakthrough discovery has hit a never before seen 29%. Researchers involved in the project are now setting their sights on pushing that efficiency as high as a whopping 50! This all translates into a longer battery life for your drone. 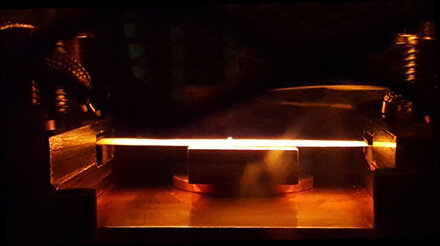 This discovery has allowed them to break the previous barriers of efficiency. Researchers are further pushing this by increasing the reflectivity of the material. This simple change is estimated to jump the efficiency to 36% according Luis M.Pazos Outon, a postdoctoral researcher in EEC and one of the lead authors on the paper. If done, this would smash the previous record, and pave the way for further research.

This technological breakthrough has huge implications and potential for a large range of uses. Thermophotovoltaics are ultra-light, and with increased efficiency will provide more power at less weight than traditional batteries. This bodes well for things like drones or unmanned craft, which want to reduce weight as much as possible. Thermophotovolatics act as an ultra-light, ultra-efficient battery that could turn into the ability to fly drones for days. They would also be significantly lighter than traditional drone batteries, another big win for drone enthusiasts.

The uses don’t stop there though. Things like space probes are another great candidate. Having an ultra-efficient power source onboard could mean deep space craft could be powered for centuries, and allow humanity to reach far outside of our solar system.

As efficiency increases there’s also the potential to even power large items like houses. A thermophotovoltaic generator could power a house, and be less than a few inches across. The possibilities are enormous, and the future is very exciting for the field.

The researchers are back at it, and looking to push the envelope even more. Their next goal is to hit 50%, blowing past their 29%. Only time will tell if they will succeed, but regardless, their accomplishments are already quite impressive. Drone enthusiasts should watch these developments closely as it will directly affect them.

It’s also important to note that these results are actually a continuation from a 2011 paper out of the same lab. This is particularly interesting as it shows this research team has been working on, and delivering results on this topic for a while now. Hopefully, their success will continue far into the future.

Zunaid Omair, a graduate student researcher in EECS and first author on the paper, comments “Just by increasing the reflectivity, we will get 36 percent efficiency. But by making other tweaks to the cell, using proven techniques in the scientific literature, we know we can get to 50 percent efficiency,”. Clearly, the team is very optimistic about their future, and will be exciting to watch them and see what their next big breakthrough will be.

Will drones be flying for days at a time in the future? Only time will tell, but the future’s looking bright for this field of study.