RC boats and drone flying, both incredibly fun and exciting hobbies. Wouldn’t it be great if you could combine the two into a super remote control hybrid vehicle? Up until now that dream may have seemed like an impossibility, but recently new developments have made it seem a bit closer. Thanks to Imperial College London’s Aerial Robotics Lab that reality may be one step closer as their research is promising to do just that. Their AquaMAV robot is able to propel itself out of the water, and fly through the air up to 26 meters. This is one of the first of it’s kind type robots that can go from water bound to flying through the air in a nearly seamless transition much like the “flying fish”. 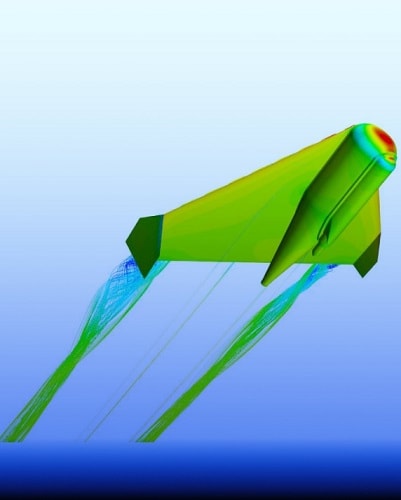 Using a combustible powder, the robot mixes it with water to generate gas which propels it. It does so with so much force, that it can even leap out of choppy water and small waves. This is all very exciting, and bodes well for the future of water to drone hybrid vehicles.

The big problem for researchers, is that the amount of power needed to go from water to air is significant. This is made further difficult when trying to pack that much power into a small package like drones typically are. On one hand the drone needs to be light enough to fly, but on the other it also needs the capabilities to create enough power to get out of the water. This is the problem that is inherit in these water to air based crafts. Figuring out how to provide enough power while keeping it light enough to fly is key.

The craft in question only uses 0.2 grams of powder in order to take off, limiting the amount of weight it needs to carry. It also only uses one pump to mix the water in order to initiate take off. This is the only moving piece on this vehicle. This means it has less weight on board that make up its internals. With a light weight construction, it gets even more flight time in a smaller package.

The researchers say this could have big uses in water based monitoring. Many water areas are difficult to monitor, and the use of this drone could make this easier. Taking samples from a natural disaster, or monitoring radiation levels around power plants are both real use applications of this type of technology. The applications of the technology are interesting, and promise to give us a better way to monitor water sources and potentially protect our environment.

As of right now, the robot has been tested in the lab, a small lake, and a wave tank. The goal is to expose it to more testing environments to see what type of capabilities it has and where its current use cases stand. As mentioned, it does have the power to fly out of choppy water, so it will be interesting to see how extreme conditions can get and still have it operational.

While the technology is still a bit off from a boat to drone craft, it certainly is looking to get a bit closer to that reality. With work being done to solve the energy problem, it’s possible we’ll see drones like this in the not too distant future. Who knows, maybe one day we’ll see entry level, toy and hobby drones that incorporate this kind of technology.