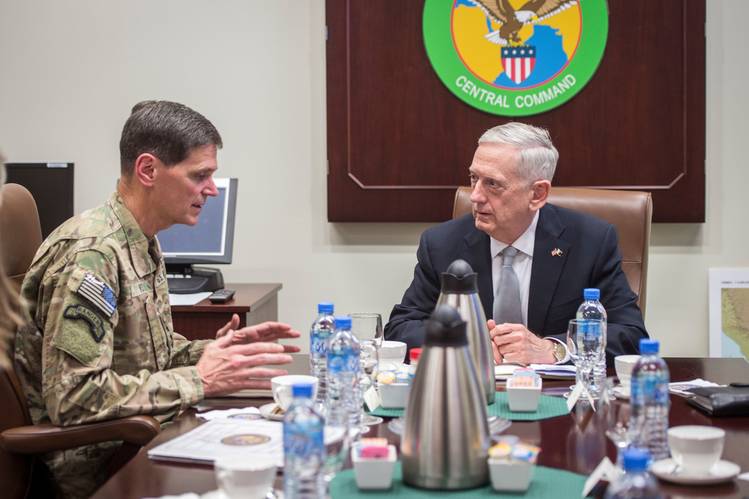 These moves all accelerate President Donald Trump’s decision last August to approve some 4,000 additional troops in Afghanistan, bringing the number of American personnel to about 14,000. The additional security-force assistance units could push that number higher, although other forces could be withdrawn at the same time.

The emphasis on Afghanistan is part of a broader shift that ultimately is expected to shrink America’s military footprint in the Middle East as it refocuses its capabilities in East Asia.

That shift grew out of a request by Defense Secretary Jim Mattis that Army Gen. Joseph Votel, chief of the U.S. Central Command, which is responsible for the wars in Iraq, Syria and Afghanistan, recommend ways to rethink the military capabilities those countries will require over time.

Mr. Mattis, in a video teleconference late last year, asked Gen. Votel to consider how to use military resources for Afghanistan and to counter Iran, while also giving up military capabilities in other parts of the world, particularly in Asia, where the U.S. faces North Korean hostility and Chinese assertiveness.

The collapse of territory controlled by Islamic State in Iraq and Syria led to calls to shift some of the resources dedicated to that war. But past lessons loom large, and U.S. military planners have said they don’t want to remove troops helping to fight Islamic State and risk allowing an insurgency.

Maps tell the story of the terror group’s violent rise and fall in Syria and Iraq—and show where the homecoming of ISIS foreign recruits poses the next challenge.

One military official described the dilemma by noting how the Pentagon expends massive resources to eliminate tactical threats—say two suspected terrorists riding a motorcycle inside Iraq or Syria—while lagging in some aspects of competition with China.

Mr. Mattis didn’t put a deadline on drawing down resources from Central Command, the military official said. His direction was premised on the need to allocate resources elsewhere around the globe, including the Pacific Rim.

The Pentagon is preparing to release a national defense strategy Jan. 19, building on the White House’s own national security strategy released last month.

Top military leaders publicly hinted at the shift toward Afghanistan late last year. “As assets free up from Iraq and Syria and the successful fight against [Islamic State] in that theater, we expect to see more assets come to Afghanistan,” Army Gen. John Nicholson, the top commander in Afghanistan, told reporters on Nov. 28.

U.S. military planners hope to reduce the number of ground troops in Iraq and Syria over the next year, as local forces increasingly take the lead, U.S. military and defense officials said.

The remaining U.S. forces would focus on counter-terrorism operations and security for diplomats and contractors, another U.S. military official said. There now are more than 5,000 American troops in Iraq and Syria, the Pentagon said. 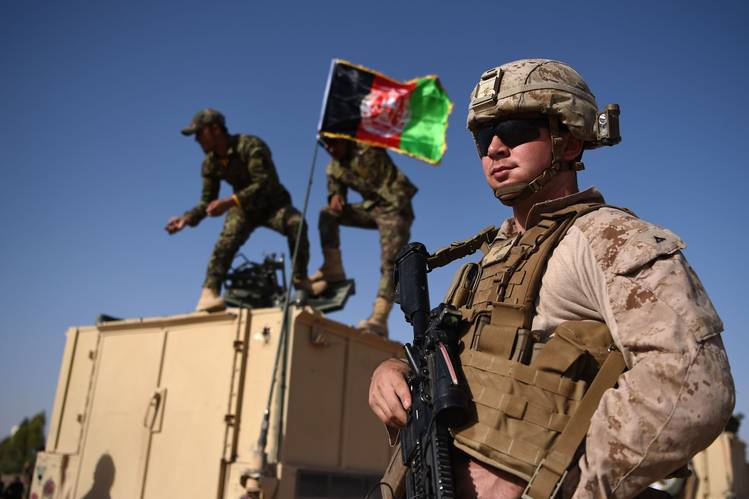 A U.S. Marine looks on as Afghan National Army soldiers raise the Afghan National flag on an armed vehicle during a training exercise at the Shorab Military Camp in Lashkar Gah, Helmand province, in August 2017. Photo: WAKIL KOHSAR/AGENCE FRANCE-PRESSE/GETTY IMAGES

In Brussels, allied officials said they have sensed a shift in U.S. priorities as well, with less pressure from the Americans for contributions to the coalition fight against Islamic State in the Middle East. Instead, the officials said, there is more of a focus by the U.S. on the North Atlantic Treaty Organization effort in Afghanistan. Allied diplomats say that reflects the gains the coalition has made in retaking territory from Islamic State, and the new troop requirements necessitated by the administration’s strategy for Afghanistan.

U.S. Central Command has enjoyed the lion’s share of Pentagon resources as it has fought wars in Iraq, Syria and Afghanistan, but officials there recognize many of those resources may need to go elsewhere.

“We are going to use them as long as we have them,” one defense official said. “The clock could be ticking. We don’t know.”

Mr. Mattis’s Pentagon, however, is aware that drastic troop reductions in Iraq and Syria could allow militants to return.

“The real caution, the thing that’s being discussed, is that we cannot make the mistake of taking our eye off ISIS too quickly,” a military official said, using an acronym for Islamic State. “We don’t want to make the same mistake we’ve made before, we don’t want to allow that to happen.”

contributed to this article.